TouchVPN is a single-click solution for strengthening the security of your internet connection with encrypted data and anonymized browsing. Like all other VPN services offered on the market, TouchVPN re-routes your internet data not to flow openly through your home network (or public wireless access) and internet infrastructure where it can be observed and logged, extracting real-time data and metadata logs about user behavior and online preferences but is instead encrypted directly on the user PC and sent to the web using the series of security-enhanced servers. 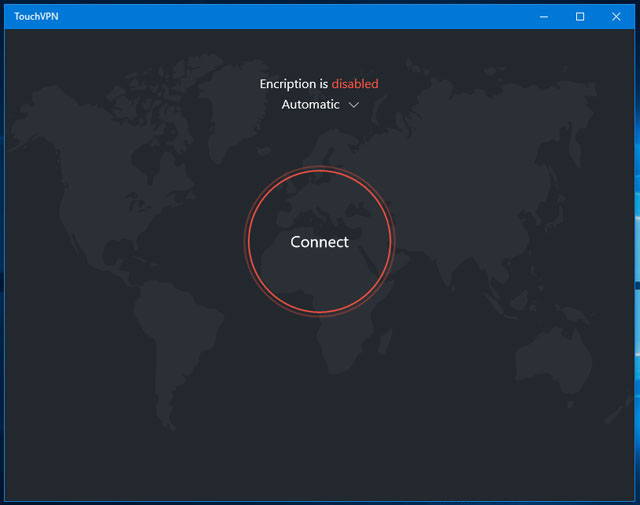 So, in a sense, the internet provider, online websites, and services will just detect the flow of encrypted data and user origin will be an anonymous random server located somewhere in the world.

Touch VPN is highly regarded as one of the most streamlined and reliable solutions for securing and anonymizing user internet traffic and is especially useful for users who want to make sure their e-banking sessions cannot be breached, who want to remain anonymous to anyone who wants to locate them, who wants to access geographically locked online content (that various websites offer to specific regions) or to break geographics blocks set by the local ISPs, and to secure their data traffic and even integrity of local machine when accessing the internet through insecure public internet access points. 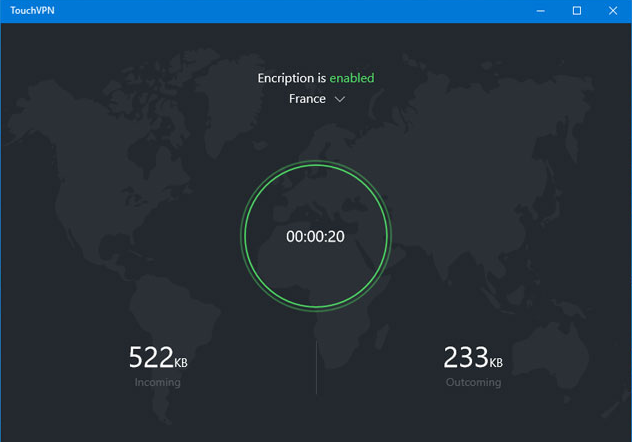 It is important to note that this FREE VPN service does not impose bandwidth or speed limits on users, which is a common occurrence in almost all other similar VPN offerings. All data is encrypted with strong SSL encryption. The only drawback is the presence of a limited number of servers, and the fact that the customer support is handled only through email correspondence. 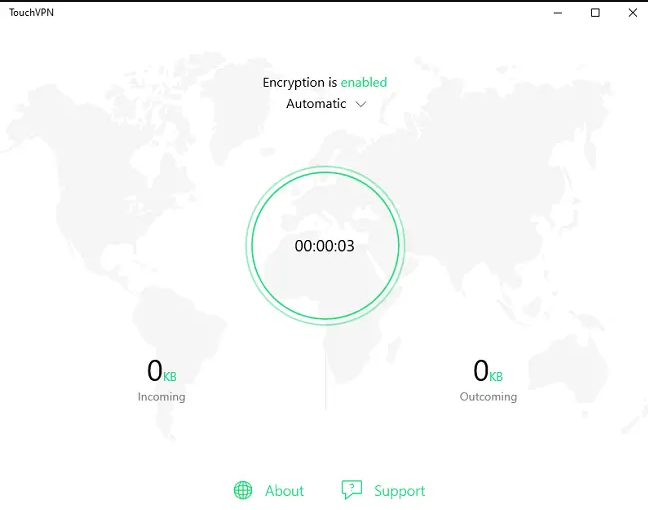 TouchVPN is 100% FREE and can be used without bandwidth or speed limits on any modern Windows 10 PC. The app is not optimized for older versions of Windows OS.